When i was young,  my uncle Mick always warned about the dangers of electricity,  i remember him telling me never to buy a house near pylons or electric lines.  The dangers of Radio waves and electromagnetic fields have been known since at least 1994,  back when we were using 2G technology.  A few things struck me as odd when the first lockdown was announced by Bollix Johnson,  why were the new 5G cellular masts being rushed up when we were supposed to be confined to our homes to stop the spread of this deadly virus?  Why were all the new ANPR cameras going up too?

About 6 months ago, I bought a Meterk MK54 EMF tester for £39.99 just to satisfy my curiosity.   What i found when i started to check the masts for readings shocked me. I then thought that the EMF tester i had bought must be cheap and inaccurate?  So,  I did some research to find a more reliable and accurate tester.  I decided to purchase the market leader in handheld meter's the Trifield EMF Meter Model TF2,  which could read both RF and EMF.  This showed me that the cheaper EMF reader was pretty accurate.  After doing some reading of various papers on EMF side effects,  i had to go and check Northern Ireland and UK safety limits.  Our "limits" are 180 times that of Belgium!  10 times the safety limits of India!  The UK's safety limits are not even properly regulated!  Ofcom's EMF exposure rules are a piss poor joke... 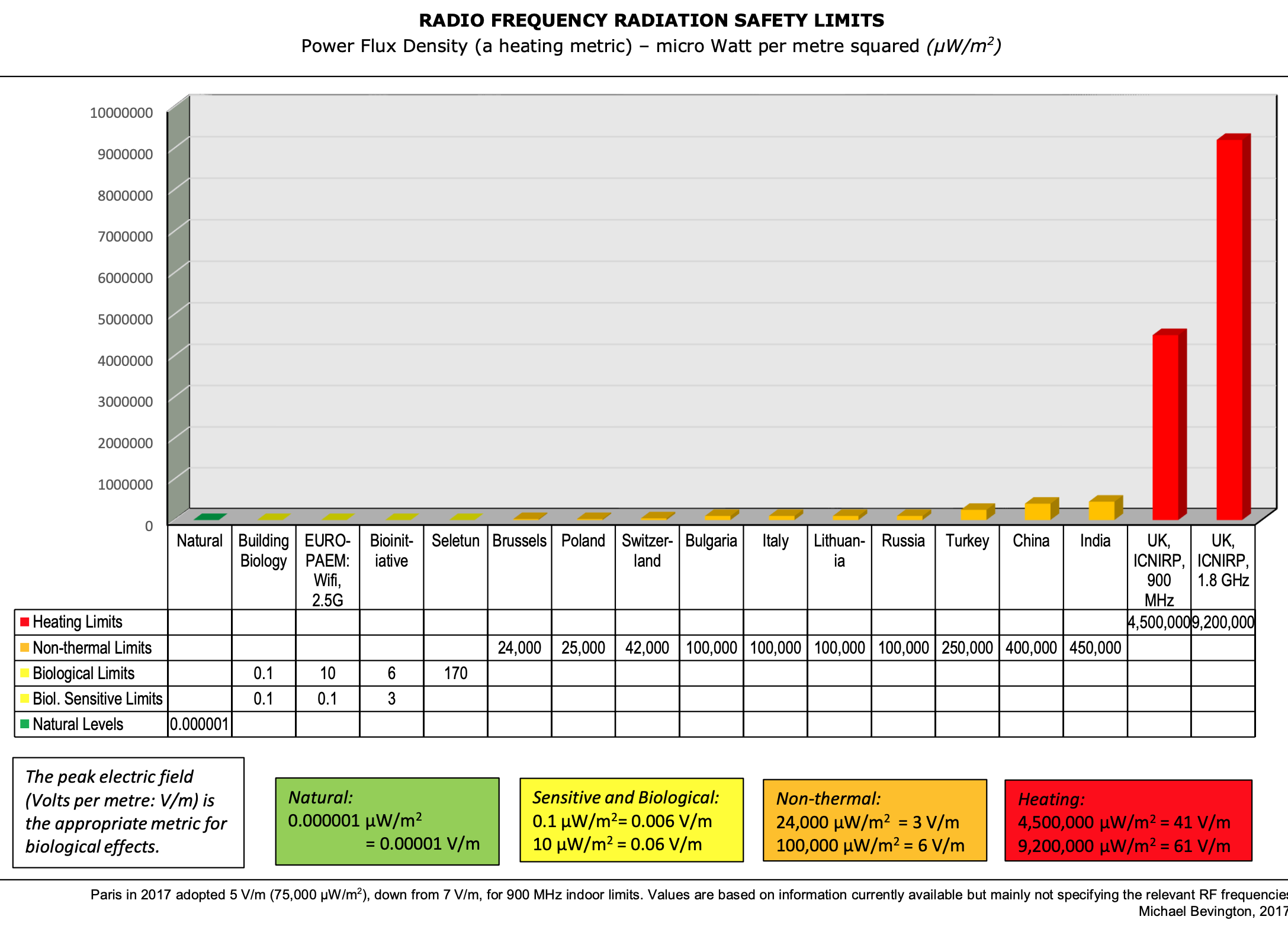 I've tested over 100 masts in Northern Ireland within the last 5 months.  Belfast City is encased in electric smog.

What i have noted and documented, is that every single mast that i have tested,  emits dangerous levels of radio frequencies/waves and Millimetre waves.   The signals have been getting stronger,  especially around 3am!

Why are these dangerous masts being placed near schools and playgrounds?

I Wonder why our Health Minister Robin Swann is silent on this?

I wonder why our media is silent about this?

1. Attack our nervous systems including our brains leading to widespread neurological/neuropsychiatric effects and possibly many other effects. This nervous system attack is of great concern.

2. Attack our endocrine (that is hormonal) systems. In this context, the main things that make us functionally different from single celled creatures are our nervous system and our endocrine systems – even a simple planaria worm needs both of these. Thus the consequences of the disruption of these two regulatory systems is immense, such that it is a travesty to ignore these findings.

3. Produce oxidative stress and free radical damage, which have central roles in essentially all chronic diseases.

4. Attack the DNA of our cells, producing single strand and double strand breaks in cellular DNA and oxidized bases in our cellular DNA. These in turn produce cancer and also mutations in germ line cells which produce mutations in future generations.

8. Attack the cells of our bodies to cause cancer. Such attacks are thought to act via 15 different mechanisms during cancer causation.

End of part one