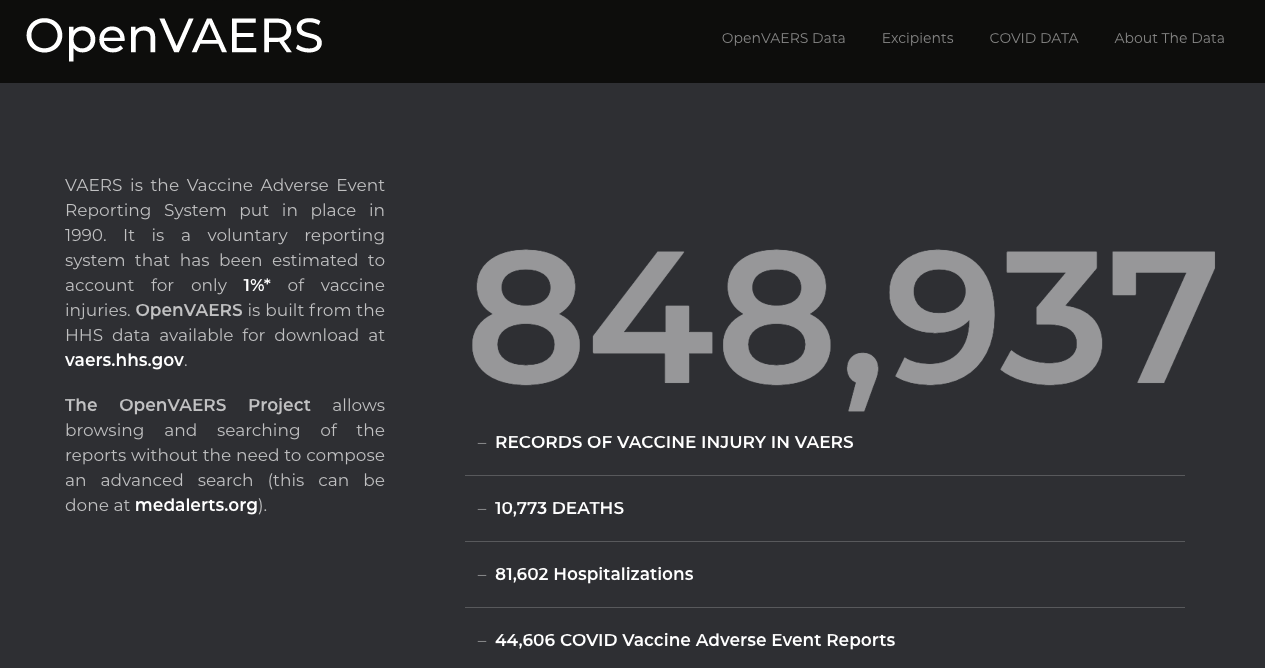 Vaxxed this is a must watch movie

In 2013, biologist Dr. Brian Hooker received a call from a Senior Scientist at the U.S. Centers for Disease Control and Prevention (CDC) who led the agency’s 2004 study on the Measles-Mumps-Rubella (MMR) vaccine and its link to autism.

The scientist, Dr. William Thompson, confessed that the CDC had omitted crucial data in their final report that revealed a causal relationship between the MMR vaccine and autism. Over several months, Dr. Hooker records the phone calls made to him by Dr. Thompson who provides the confidential data destroyed by his colleagues at the CDC.

Dr. Hooker enlists the help of Dr. Andrew Wakefield, the British gastroenterologist falsely accused of starting the anti-vax movement when he first reported in 1998 that the MMR vaccine may cause autism. In his ongoing effort to advocate for children’s health, Wakefield directs this documentary examining the evidence behind an appalling cover-up committed by the government agency charged with protecting the health of American citizens.

Interviews with pharmaceutical insiders, doctors, politicians, and parents of vaccine-injured children reveal an alarming deception that has contributed to the skyrocketing increase of autism and potentially the most catastrophic epidemic of our lifetime.

In 2016, a media firestorm erupted when the Tribeca Film Festival abruptly censored its documentary selection, VAXXED: FROM COVER-UP TO CATASTROPHE, amid pressure from pro-pharmaceutical interests. The film's subject, Dr. William Thompson, a senior scientist with the Centers for Disease Control, had done the unthinkable, as far as Big Pharma was concerned: He had admitted that the results of a pivotal vaccine safety study conducted by the CDC were fraudulent. That revelation had catapulted VAXXED from obscurity to notoriety—as well as made it a huge target of censorship. In no time, the film became a worldwide trending topic and sold out in every theater around the U.S.—and eventually in other countries—where it opened.

Stunned by the enormous number of parents lining up outside the theaters with vaccine-injury stories to share, VAXXED producer Polly Tommey began to live-stream their voices. Each story reached millions of watchers worldwide. A beleaguered community that had once been silenced was finally empowered to rise up. We will have accomplished our mission when these two films' messages reach every single parent and guardian of young children on this planet and cause them to ask themselves: "Are vaccines really as safe and effective as we've been told?"

During the past 20 years, the frequency of autism occurring in children has skyrocketed from 1 in 10,000 to 1 in 68, and the scientific community is no closer to determining a cause. Trace Amounts is the true story of Eric Gladen’s painful journey through mercury poisoning that he believes resulted from a thimerosal-loaded tetanus shot. His discoveries led him on a quest for the scientific truth about the role of mercury poisoning in the Autism epidemic.

After recovering from a sickness that would bring him to the edge of despair, Eric Gladen began researching the science behind what had made him so sick. His research led him straight into one of the biggest medical debates of all time, the question of whether or not childhood vaccines are causing Autism. He would end up quitting his career, moving into an RV, and traveling the country interviewing experts and piecing together thousands of studies and leaked documents. But Eric wasn’t focused on the vaccines themselves, he was focused on something that belongs nowhere near vaccines — mercury.

From the Mad Hatter Syndrome in the late 1800’s, to Pink Disease in the first half of the 20th to the Iraqi Grain Incident in the early 1970’s, humans have learned time and again of the debilitating neurological and physical damage that mercury can cause. Then why and how did it end up in our childhood vaccines? Trace Amounts explores the origin of the use of mercury in the vaccines and exposes the continued greed based decision to keep mercury in the vaccines through several decades. Trace Amounts is the result of nearly a decade of research and travel, in which top scientists, government officials, parents of children with Autism, and the average Joe unravel the truths, secrets, and tragedies, of the skyrocketing Autism rates.

Could a tragedy, which brought one of the greatest nations to its knees, and stole a generation of children, have been avoided?

Watch Trace Amounts and you decide.

In the early 90s, a mysterious muscular disease with symptoms that included severe muscle and joint pain, fatigue, and fever began to surface among multiple patients in France, leaving them debilitated. Doctors and researchers relentlessly searched for the cause of this troubling new condition. A team in Paris determined that these patients had developed a new disease called Macrophagic Myofascitis, or MMF, which occurs when the aluminum hydroxide adjuvant from a vaccine remains embedded in the muscle tissue.

Since the 1920s, aluminum salts have been used primarily as the adjuvant in most childhood vaccines to optimize the body's immune response to the injected disease. Aluminum is now known to be neurotoxic and the root cause of many serious illnesses including MS and Alzheimer. The aluminum adjuvant was only tested for 28 days, on two rabbits, and their remains have mysteriously disappeared. What the pharmaceutical companies don't make public is how the aluminum adjuvant was never rigorously tested before going on the market and there were alternatives albeit slightly more expensive--available.

Injecting Aluminum features interviews with MMF patients, doctors, scientists, and influential politicians who are speaking out for the very first time about the dangers of aluminum in vaccines. This groundbreaking documentary calls in to question the public health policies around aluminum in vaccines and the failure of health agencies globally to respond to the known neurotoxic effects of this powerful vaccine ingredient on the human body.

Note: This film was released in France under the title L'Aluminum, les vaccins and les deux lapins

As COVID-19 vaccines are being rolled out and given to millions of Americans in every state, it is critical that doctors and other medical workers, who are administering the vaccines, actively report every serious health problem, injury and death that happens after vaccination to the federal Vaccine Adverse Event Reporting System. Known as VAERS, the centralized vaccine reaction reporting system was created under the National Childhood Vaccine Injury Act of 1986. 1 2

If you get a vaccine, including a COVID-19 vaccine, and your health deteriorates within hours, days or weeks of being vaccinated, the person who gave you the shot is required by federal law to file a report with VAERS. 3 If he or she refuses to file a vaccine reaction report, you can do it yourself.

Click to learn how to report a vaccine reaction to VAERS.